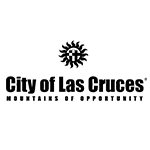 The City of Las Cruces Parks & Recreation Department is accepting entries for lighted floats to participate in the 2022 Electric Light Parade. This year’s parade theme is “Patriotic Spirit and American Dreams!”

The parade will begin at 9 p.m. Sunday, July 3rd at Apodaca Park, 801 E. Madrid Avenue. It will travel south on Solano Drive, east on Hadley Avenue, and end at Maag Softball Complex.

Commercial and non-commercial groups, and car and motorcycle clubs are encouraged to participate. Car, vehicle, and motorcycle clubs are limited to 20 vehicles. There are no entry or participation fees, and some restrictions apply. Trophies will be awarded for first through third place in the commercial and non-commercial categories, and a best overall float trophy. Floats will be judged on originality, depiction of the theme, and effective use of lights. No bicycles, walkers, single ATV’s/UTV’s or single vehicles permitted.

For parade application packets, contact Crystal Copper, ccopper@las-cruces.org.  Registration begins April 29 and the deadline to enter this year’s Electric Light Parade is June 24 at 5 p.m., no exceptions. A meeting for participants will be held at Frank O’Brien Papen Community Center to outline parade details on June 30. Meeting attendance is required for those driving float vehicles and organizers of car/vehicle clubs to participate.  Details will be provided in Parade Application Packet.

The City of Las Cruces and New Mexico State University (NMSU) are teaming up to host the City’s annual Fourth of July Celebration Concert and Fireworks display at the Pat and Lou Sisbarro Community Park, 3205 Arrowhead Drive, on the NMSU campus. The multi-platinum Chicago based band Plain White T’s will headline this year’s free concert, with a solo performance by Raul Malo, front man of the GRAMMY® Award winning band the Mavericks, opening the show. The concert will begin at 6 p.m. Monday, July 4th followed by the annual fireworks display.

Since emerging in 1997, the GRAMMY® Award-nominated multi-platinum band from Chicago —Tom Higgenson [vocals], Tim Lopez [lead guitar, vocals], Mike Retondo [bass], and De’Mar Hamilton [drums]—has amassed an enduring, engaging, and enigmatic catalog, spanning two gold-certified offerings, All That We Needed (2005) and Every Second Counts (2006) and unshakable anthems such as the double-platinum “1,2,3,4” and platinum “Rhythm of Love”. Among the discography, “Hey There Delilah” went quadruple-platinum, topped the Billboard Hot 100, and earned a pair of 2008 GRAMMY® Award nominations in the categories of “Song of the Year” and “Best Pop Performance by a Duo or Group with Vocal”. Along the way, they have logged countless miles on the road in front of sold-out crowds in nearly every corner of the globe. After a whirlwind tour cycle supporting 2015’s American Nights, the guys hunkered down and began writing the ideas that would eventually comprise Parallel Universe. The band’s endlessly hummable signature melodies still shine at the center of this galaxy, but their Universe morphed into an otherworldly atmosphere of ethereal electronic pop strengthened by lush guitar tones and synth transmissions. Expect new music in 2022 from the Plain White T’s.

Raul Malo is the incomparable front man of genre-defying, GRAMMY® Award-winning band The Mavericks, and the sole writer of many of their songs. His free-wheeling, swaggering style seamlessly blends neotraditional country, rock ’n roll, and Latin rhythmic fervor, and prominently features his lush, soaring baritone. His compositional craftsmanship includes penning progressive and timeless hits like “Here Comes The Rain,” “What A Crying Shame”, “Dance The Night Away”, “Back In Your Arms Again”, and “All You Ever Do Is Bring Me Down”. From his earliest days, when his raucous sound broke ground at the punk clubs on Miami Beach nearly three decades ago, to now fronting The Mavericks on their 30th Anniversary World Tour, Malo has demonstrated an unfailing skill for getting people to groove.

The annual Fourth of July Celebration hosted by the City of Las Cruces and New Mexico State University (NMSU) brings the Las Cruces community together with an Electric Light Parade on July 3rd, and a July 4th concert and fireworks display. Schedules, locations, and event details for these free community events will be announced soon.

Gates open at 4 p.m. Food vendors will be on site.  No grilling, personal fireworks, alcohol, RV’s, or overnight parking will be allowed.

The City of Las Cruces Parks & Recreation Department strives to provide recreational opportunities for the entire population regardless of ability, interests, or skill level.  A variety of programs and services offered provide residents and visitors experiences that assist with the overall improvement of their personal health and well-being.