Dolores Huerta: Revolution in the Fields

Dolores Huerta: Revolution in the Fields / Revolución en Los Campos shares the compelling story of legendary activist and leader Dolores Huerta (b.1930) and her involvement with the farm worker's movement of the 1960's and '70s.  Huerta’s life as an activist and co-founder of the United Farm Workers Union (UFW) led her to become a Latina civil rights icon.

The exhibit provides a broader look at the farmworkers movement through a careful look at Dolores Huerta’s far-reaching impact and important legacy. Through a series of photos, videos, and in-depth descriptions it explores how workers of different ethnic and racial backgrounds came together to empower the movement, and how the arts played an essential role.  Together with fellow United Farm Workers leader César Chávez, Huerta organized marches, boycotts, strikes, and more, playing a critical role in the farmworkers movement throughout the1960s and '70s. Discover for yourself this quintessentially American tale of struggle, sacrifice, courage and victory. 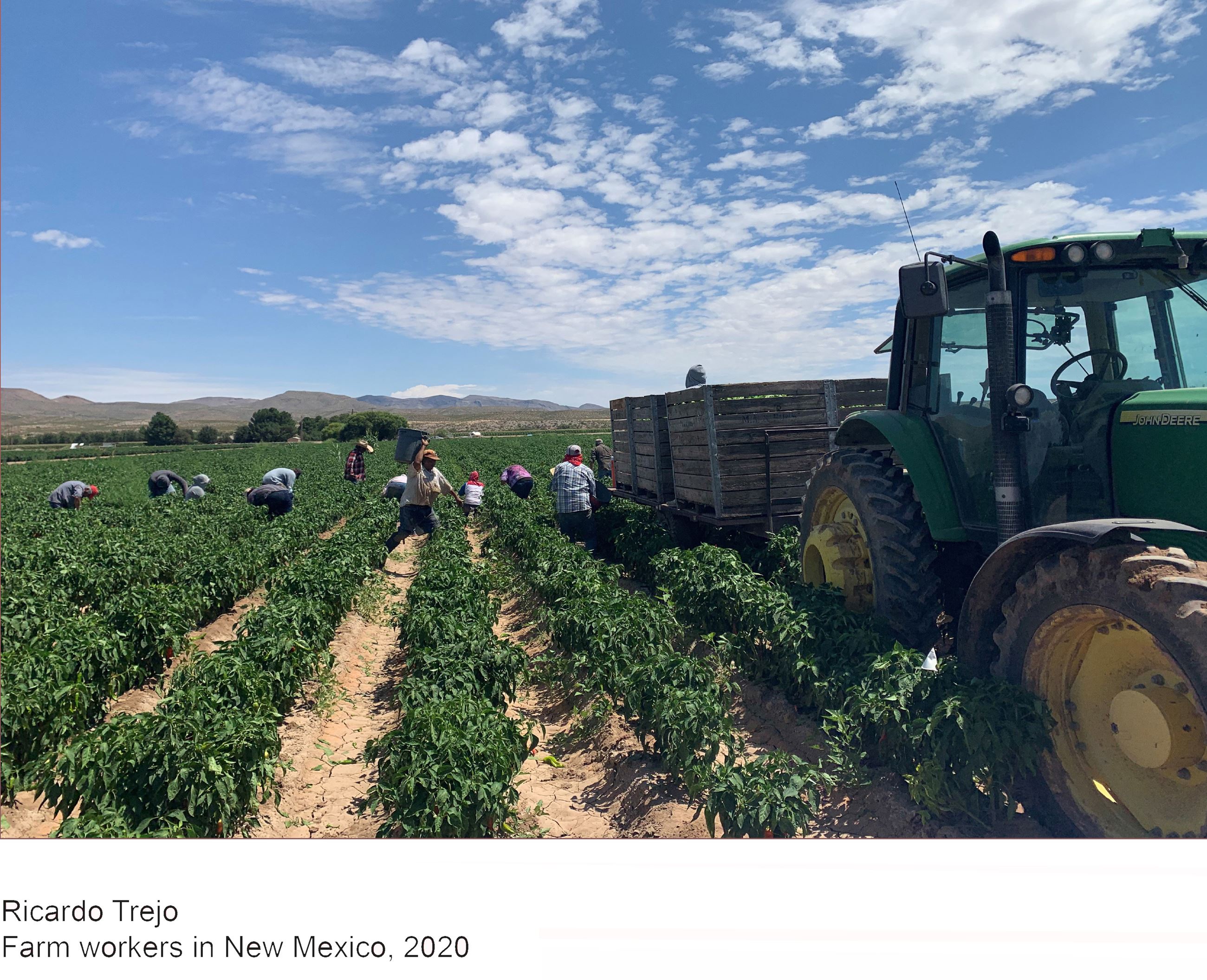 Mexican and migrant farmworkers have played an increasingly important role in sustaining the United States’ agriculture. The use of Mexican farmworkers was formalized with the Bracero Program of 1942, in recognition of the need for manpower in agriculture and railway maintenance due to The Great Depression and World War II. Over 4 million Mexican nationals were contracted for work through this program. The program ended in 1965, but the flow of immigrant farmworkers did not stop due to the declining Mexican economy. Today, foreign-born farmworkers resided in the United States for an average of 18 years. In 2019, the bill “Farm Workforce Modernization Act of 2019” sponsored by New Mexico’s Congresswoman Xochitl Torres-Small named passed the House and now goes to Senate for approval. The proposed act would create temporary work visas called Certified Agricultural Worker visas and would create a path to apply for an Alien Resident Card (green card) and eventually U.S. citizenship. The bill would protect farmers by not penalizing them for hiring unauthorized farmworkers; it would also protect farmworkers and their families by providing the whole family with the ability to adjust their immigration status and by preventing exploitative labor practices. 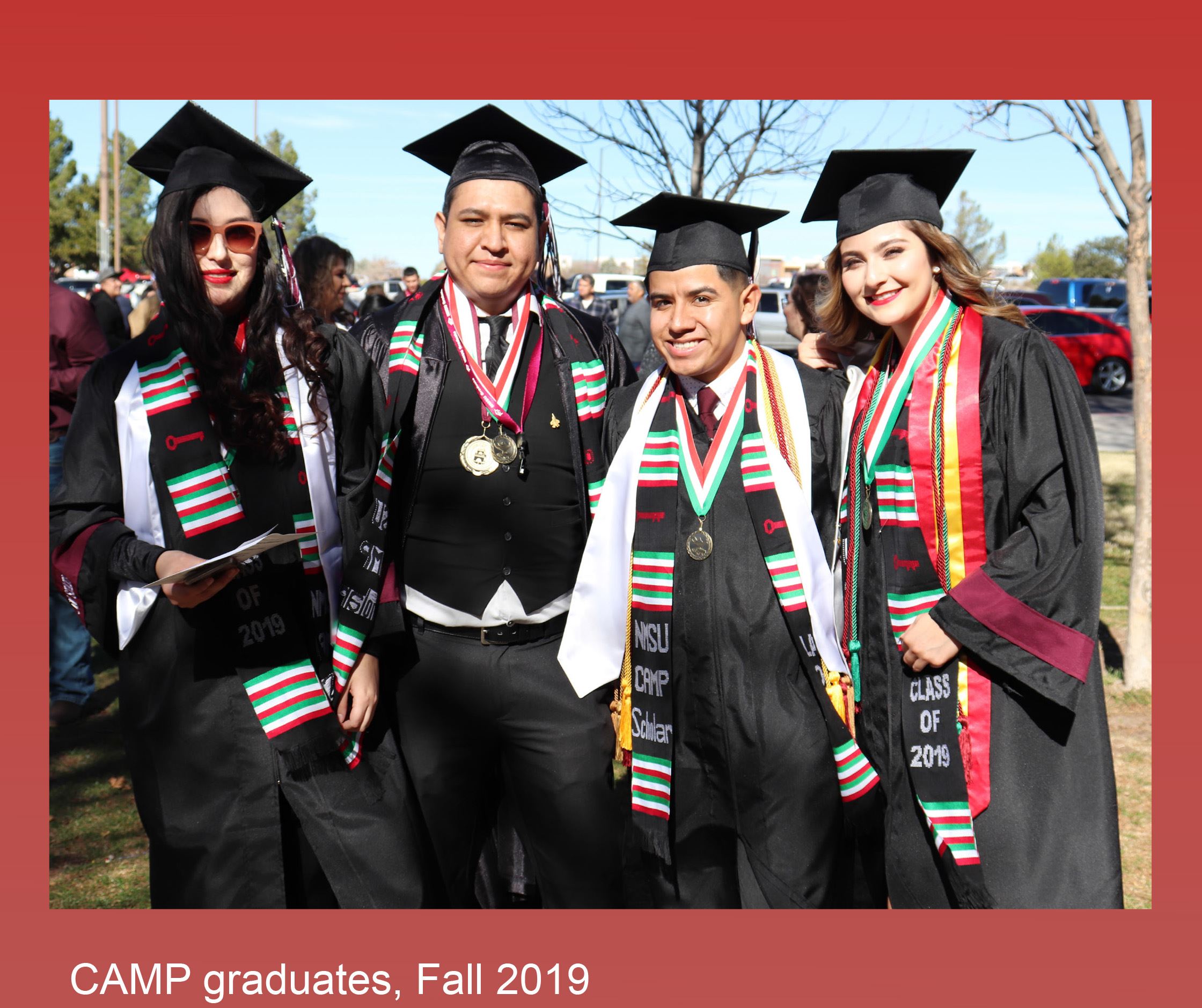 The work that Dolores Huerta has done has left a legacy and has made it clear that farm workers are essential to our communities and therefore must be taken care of. In the 1970s there was an effort to further help migrant farmworker families by providing access to education. In 1972, the first five College Assistance Migrant Programs (CAMPs) were funded in California, Colorado, Texas and Washington. Today, there are over 50 CAMP projects in the US and Puerto Rico. In 2002, New Mexico State University (NMSU) was awarded its first CAMP grant and has been serving students for almost 20 years. NMSU CAMP serves the educational needs of eligible farm workers, diary workers, and ranch workers across New Mexico by recruiting and retaining them until their graduation. NMSU CAMP provides students with academic mentoring, financial stipends, professional preparedness training, and peer mentoring. At NMSU CAMP, students participate in a variety of leadership activities, research experiences and job readiness opportunities. Freshmen are specifically exposed to several NMSU STEM based programs, although students choose majors across every NMSU College. Since the fall of 2002, 533 students have been served by NMSU CAMP. After their graduation, they have continued in careers as engineers, scientists, nurses, social workers, accountants, educators, therapists, law enforcement agents, and many more across New Mexico and beyond. Several students have pursued graduate degrees including PhDs, a JD and MD. NMSU CAMP has worked to bring life-changing opportunities to essential workers who provide food to every table across the U.S. CAMP honors the legacy of Dolores Huerta’s life-long dedication in serving farm working families across the United States. (NMSU CAMP is funded through the U.S. Department of Education, Office of Migrant Education, and the NM State Legislature through NMSU)

January 1966 – Chamizal Farm Labor agency stops sending workers, who would act as strikebreakers, from El Paso, Texas to Delano, California because of pressure from Dolores Huerta. Over 100 strikebreakers left vineyards to support the boycott.

July 14, 1966 – A three-mile march from El Paso, Texas, to Juarez, Mexico, is held in support of all Mexican-American farmworkers.

May 1968 – New Mexican Reies Lopez Tijerina, a vocal spokesperson for the rights of “Indohispanos” and Mexican-Americans, as well as a major figure in the Chicano Movement, is arrested. African American and Mexican-American groups throughout the country protest his arrest.

May 1969 – Four El Paso Safeway stores and several Albuquerque stores are picketed in “El Malcriado”, a UFW newspaper as a way to demonstrate against the stores, because the stores refused the demands made by the United Farm Workers.

November 1969 – Several members of the military in El Paso, Texas, refuse to eat California grapes and encourage other soldiers to do the same. Higher-ranking officials threaten to punish them for speaking against the Department of Defense.

Learn from youth that are migrant and seasonal farmworkers, dairyworkers, and ranchworkers as well as students and leaders on the New Mexico State University campus. They are part of the CAMP (college assistance for migrants program) at NMSU. Click here

Engage with the farmworker experience and the work being done for equality and protection of farmworkers here in our community.  Click here