Urban Heat Islands occur in areas with large amounts of asphalt and concrete which raise surrounding air temperatures. Residents are affected outside and in their homes. Urban heat is caused by an increase in surfaces that absorb heat, not climate change.

According to a recent survey, more than 50% of Las Crucians are adversely affected by extreme heat. Paved streets can make summer temperatures feel like 140°F in summer afternoons. 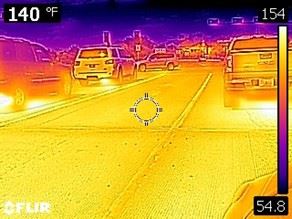 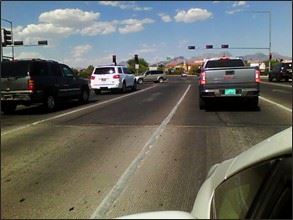 During periods of extreme heat, roadways and pedestrian paths in Las Cruces can exceed temperatures of 140°F. This infrared image and photo are taken from Lohman Avenue and Walton going east.