Experience the rich history and iconography of La Catrina through colorful and joyful large-scale skeleton sculptures the Discover 9 eight-foot-tall sculptures created by Los Angeles-based artist Ricardo Soltero sited throughout the living galleries of the gardens. Organized by Denver Botanic Gardens,

La Catrina appears as part of the celebrations of Día de Los Muertos (Day of the Dead) held throughout Mexico, where death is not treated with mournful commemoration but as a colorful celebration of life. It is believed the souls of the deceased return from October 31 through November 2 to enjoy the pleasures of life. Families create altars with photographs of the departed along with offerings including candles, incense, marigolds, and bread baked in the shape of skulls. La Calavera Catrina exhibition is one of the ways Las Cruces Museums observes this important cultural tradition.

Depicted as an elegant female skeleton, La Catrina was originally born out of Mexican social satire. In 1913, Mexican artist and illustrator José Guadalupe Posada created the very first version of La Catrina. She was intended as a parody, mocking the high-society European obsessions of Mexican president Porfirio Díaz, whose corruption led to the Mexican Revolution of 1911. La Catrina remains a light-hearted and well-loved part of Mexican culture. Visitors to this exhibition will explore popular La Catrina iconography including Frida Kahlo, Mexican actress Maria Felix, Mictēcacihuātl, the Aztec queen of the underworld, and more. The signage accompanying the sculptures explains the history and context of La Catrina iconography in both Spanish and English.

About the Artist: Born in Nayarit, Mexico, Ricardo Soltero is the set designer for the largest Día de Los Muertos celebration in the United States, which takes place annually at the Hollywood Forever Cemetery in Los Angeles. Both a sculptor and a costume designer, Soltero’s projects include works and design for Semblanza Latinoamericana dance and music festival, Metropolitan Fashion Week, UNICEF’s annual gala, and the Autry Museum in Los Angeles, CA. 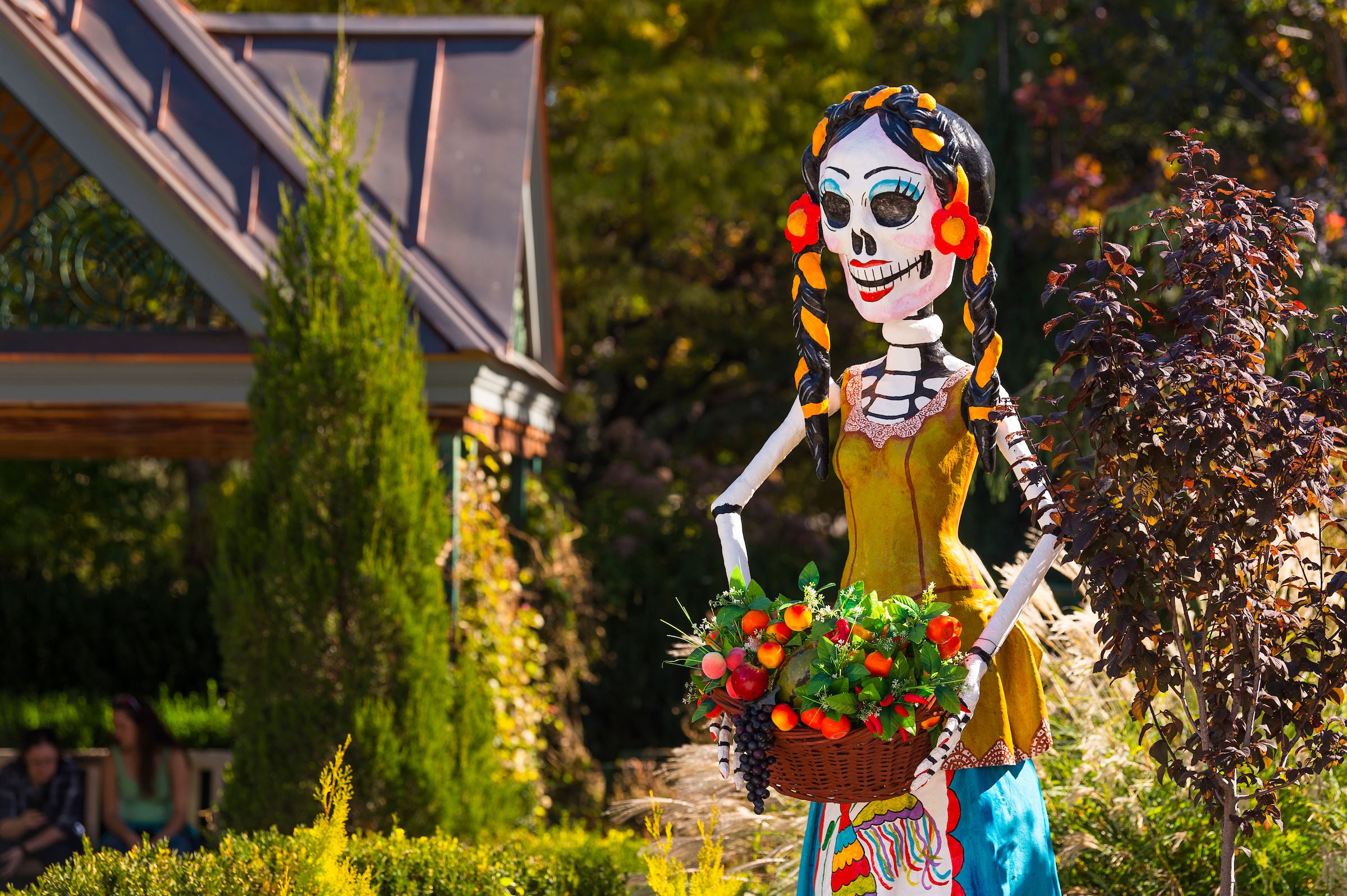